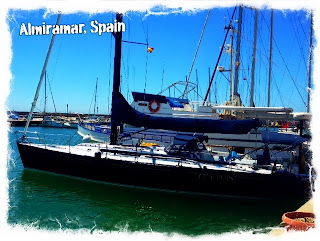 Almiramar has been a great stop for us, and may be a good option for leaving the boat this winter.

A safe harbor, a three day road trip and two good days of kitesurfing off the local beach.

But, today we are moving on. Around the SW corner of Spain and then the start of our progress north towards Valencia, Barcelona, and perhaps France!!

Suzanne and Denise are visiting us in Barcelona in 4 weeks so we had better get moving!!

Not One More Step!

"I'm tired of all this walking around cr@p!
I can care less about how old this stuff is.  I'm done!
NOW PICK ME UP!"
-Ita 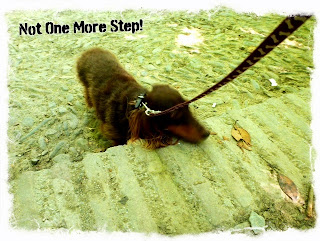 Where The Rubber Hits the Road

The primary objectives of our recent road trip were to visit a couple of the White Towns of Andalusia, and the Royal Andalusian School of Equestrian Art in Jerez de la Frontera.

The White towns are a series of towns and large villages in the in southern Spain, mostly within the Sierra de Grazalema Natural Park.

As far as I can tell all that you need to do to qualify as a “white town” is to paint all of your buildings with whitewashed walls and install red or brown tiled roofs.

At the tip of the "White towns route", the city of Olvera is located in the province of Cadiz.  The hills surrounding Olvera are full of olive groves that are supposedly the source of the best Olive Oil in Spain.   I am told that Spain NOT Italy is the source of the worlds best Olive Oil.  In fact, many of Italy’s Olive Oils are actually made from Olives grown in Spain??

Arcos de la Frontera was our ultimate destination on day one, and is a medium sized town in the province of Cádiz. It is located on the eastern bank of the Guadalete river, which flows to the Bay of Cadiz.

The town was built on the top of a very tall ridge (see pictures), and sat on the frontier of Spain's 13th century battle with the Moors.   The cathedral and castle/fort were built near the edge of the ridge that seems to rise vertically from the valley below and both have amazing views.  The town itself is a maze of small twisty streets that work their way up the back of the ridge surrounding three sides the Cathedral and Fort above.

The school devoted to  “conserving the ancestral abilities of the Andalusian horse, maintaining the classical traditions of Spanish baroque horsemanship, preparing horses and riders for international dressage competitions, and providing education in all aspects of horsemanship, coachdriving, blacksmithing, the care and breeding of horses, saddlery, and the manufacture and care of horse harness.”

That sounds like quite a mission, and I thought that putting the school in the center of a fairly large modern citys was a bit strange, but someone gave them a very nice piece of property.  The school is adjacent to the historic nineteenth-century Palacio de las Cadenas !!

Yes, I really did drive five plus hours to visit.  And yes, I really did sit for the better part of two hours to watch horses run around a very small dirt floor inside a very nice indoor stadium.  The pictures prove it!  It was actually pretty interesting…

Granada is located at the foot of the Sierra Nevada mountains. The Alhambra, a Moorish citadel and palace, is in Granada. The Alhambra is the most renowned building of the Andalusian Islamic legacy.

The Islamic influence on architecture is well preserved in the area of the city called the Albaicín Quarter which is where we ended up spending the night on day two.  This area was great to walk around at night with an amazing variety of choices for food and entertainment.  It seems that Spanish and Arab cultures are quite happy sitting side by side in this city.